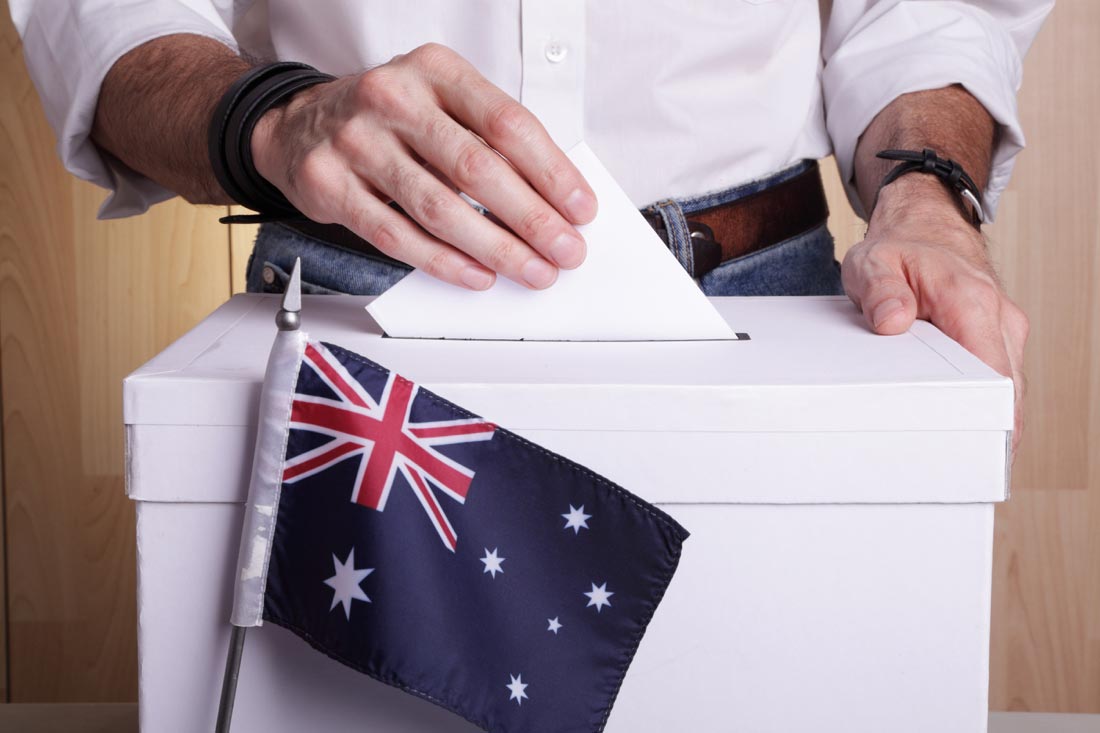 The 2019 Federal election is almost upon us, but for most Aussie expats living and working overseas, if you’re like me, events back home in Australia are often ‘out of sight, out of mind’ both in terms of the policies, and of how to vote.

And so it was for me for the last Federal Election . . . I totally forgot to vote. In fact, I was totally oblivious to the election and so embarrassingly, I was fined for failing to vote in the last Federal election.

So, with the 2019 Federal election looming on 18th May 2019, in an attempt to let our clients and other Aussie expats know about the tax polices of the major parties, and in the hope that you won’t be fined like I was, I’ve written this quick article.

The aim of this article is to inform you about the tax issues, so that you can vote with knowledge in the upcoming 2019 Federal election whilst you are living and working overseas as an Australian expat.

2019 Federal Election – Tax Policies That Australian Expats Should Be Aware Of!

With tax as a clear dividing line between the two major parties, the upcoming Federal election is one of the most important in years. So just what are the proposed tax changes and tax policies (for individual taxpayers) that the major parties are promoting?

Negative gearing to be Removed for New Purchases of Existing Properties

Relevant to many Australian expats, particularly those considering purchasing property back home in Australia, Labor intend to abolish negative gearing for buyers of existing houses from January 2020

Note however, that negative gearing will still apply to investment properties bought prior to Jan 2020, as will investments in new properties.

No Change to Negative Gearing

The Coalition have stated that there will be no changes to negative gearing.

Negative Gearing to be Removed Totally

The Greens intend to abolish negative gearing for ALL taxpayers (new and existing property investors), in addition to CGT changes (see below) as part of their plan to raise $7 billion.

CGT Discount Available to be Reduced

Labor intend to halve the capital gains tax discount from 50% to 25% for investment properties purchased after January 2020. To explain further, if a resident taxpayer made a $100,000 gain on the disposal of an investment property (owned for at least 12 months), under current rules, the taxpayer would be entitled to reduce the taxable gain by 50% to $50,000, with that reduced amount taxed in the hands of the taxpayer at their marginal tax rate.

With the introduction of this change, Labor intend to reduce the CGT discount from 50% to 25% thus resulting in $75,000 of taxable income, $25,000 more than previously, potentially resulting in nearly $12,000 additional tax payable.

No Changes to Capital Gains Tax

The Coalition have stated that there will be no changes to Australia’s existing capital gains tax rules.

All CGT Concessions to be Abolished

The Greens intend to abolish ALLcapital gains tax concessions, in addition to the abolishment of negative gearing for property investors as part of their plan to raise $7 billion.

The measures include a $350 tax cut for workers earning less than $37,000. It should Labor opposes the second and third stages of the Coalition’s income tax plan, including the flattening of tax brackets from 2024.

The Coalition intends to introduce a $158 billion income tax cut package to be brought in over 10 years.

The Greens intend to repeal the $144 billion of income tax cuts introduced by the Coalition in Australia’s 2018 budget.

The Greens have stated that they intend to accept changes relating to the increase to the low-income offset, introduced in the budget.

Refunds of Franking Credits to be Abolished

Although this measure exempts pensioners and people with pre-existing self-managed super funds, many self-funded retirees and other taxpayers are likely to be negatively affected. This measure alone is expected to raise an estimated $10.7 billion over 4 years.

No Changes to Franking Credits

The Coalition do not intend to make any changes to Australia’s franking credit rules.

This means that self-funded retirees and other taxpayers will continue to receive refunds where a taxpayer’s franking credits exceed their tax payable, even if they pay no tax in that year.

The Greens plan to introduce a “a Buffett rule” to impose a minimum income tax liability of 35 per cent on high-income earners earning more than $300,000 per year.

This measure seeks to limit deductions so that someone earning above $300,000 a year can no longer reduce their income to a level below 35 cents in every extra dollar earned

Deductions for Tax & Accounting Fees to be Limited

Labor intend to introduce a cap on the amount that individual taxpayers can deduct for the tax agent fees, accounting fees and other expenses related to the management of their tax affairs.

Deductions will be capped at $3,000 from 1st July 2019 if Labor are successful in winning the election

How to Vote in the 2019 Federal Election

If you’ve taken time to review the table above, you’ll no doubt be concerned about the potential removal of negative gearing from Labor and the Greens, and with the removal of all CGT concessions relating to property.

So it’s probably no surprise that you will want to have your say and vote in this election, as we suspect will many other Australian expats. The good news is, even if you’re living overseas, you can still cast your ballot.

What options do I have?

As an Aussie expat, you have two choices. You can either:

I’ve been overseas for more than six years. Can I still vote?

Yes. If you want to participate in the 2019 election, you can submit a request to the Divisional Returning Officer of the Australian Electoral Commission by emailing: info@aec.gov.au.

As an Aussie expat, you have two voting options. Please note, that the option you choose will depend largely on the country, town or city you currently reside in.

Who qualifies as a witness?

If you’re outside Australia, your ballot paper can be witnessed by any of the following from Australia or other Commonwealth nations:

For more information on casting your vote in the 2019 Federal election or for assistance with bringing your Australian taxes up to date, contact our Expat Tax Services team today.