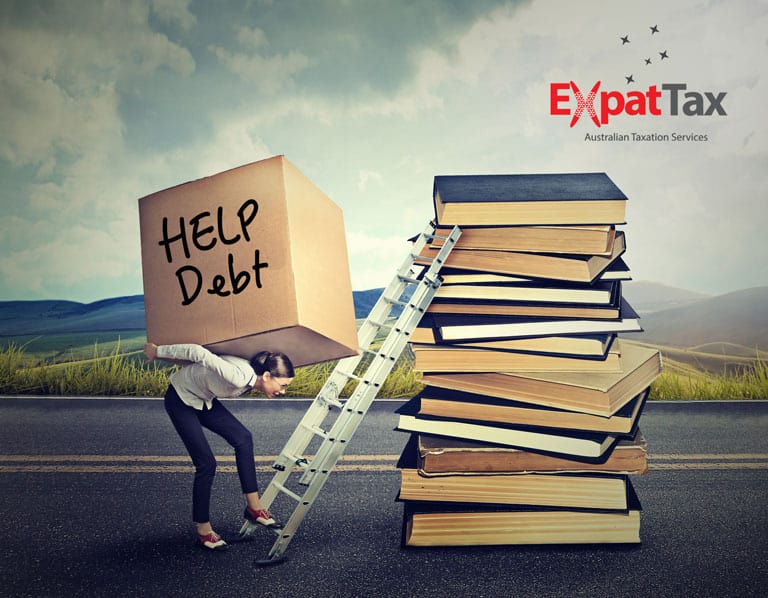 The focus on expatriates, by the Australian government continues sadly! In an effort to further target Aussie expats, the government introduced legislation last month (nov 2015) that will require Australian expats to repay HELP debts and student loans!

For the last 16 years or more, the vast majority Australian non-resident expats who had accrued a HELP (Higher Education Loan Programme) debt via previous study at an Australian university, have been able to legitimately avoid making HELP debt repayments after moving overseas.

Until now, compulsory HELP debt repayments were only required to be made once a person’s Australian taxable income exceeded $54,126. This threshold is rarely exceeded by most non-resident expats and so no HELP debt has been required to be repaid! Happy days . . . however things are about to change, sadly!

I earn more than $54,000 – why haven’t I needed to pay my HELP debt?
Under Australia’s residency rules, non-resident expats are only taxable on their Australian source income (e.g. Australian rents, dividends, interest etc) and not on their overseas income.

What’s changing?
As of last month, the government announced that it will be seeking to close the loophole that allows Australian expats to avoid repayment of their HELP debts.

In November, the Senate passed legislation to collect HELP loans from Australians who now live abroad but accrued their study debt in Australia. The legislation applies to both HELP (Higher Education Loan Programme) and TSL (Trade Support Loan) debts.

How will this affect me?
If you’re an expat, you now need to consider your Australian student loan when you are living and working overseas.

If you are earning over the income repayment threshold, you the government will charge you a compulsory repayment amount for the year and issue you with a tax bill.

When does this take effect?
The legislation commences from 1st January 2016 with compulsory repayments to take effect from 1st July 2017 (based on the 2016-2017 financial year).

What do I need to do?
Ultimately, if you’re an expat living overseas and you have a HELP debt, you will be required to lodge a return from the 2016-2017 financial year, in order to notify the government of all of your overseas income, even where you don’t earn any income overseas . . . e.g. as in the case of a non-working spouse of an Australian expat.
Furthermore, from 1st January 2016, if you’re an Australian expat with a HELP or TSL debt, you need to notify the Australian Tax Office (ATO) if you intend on being away for more than six months. You can do this easily with a myGov account, so you don’t have to phone and speak to anyone in a different timezone.

If you’re already overseas, you’ll have right up until 1st July 2017 to register. You will ultimately need to self-assess your income for the 2016-2017 Financial Year and submit the details of your worldwide income to the ATO. The self-assessment is due, along with your Australian tax return, on the 31st October every year, or later if you use a tax agent such as ourselves.

Are there any strategies that I can take?
Short of reducing your income below the thresholds (never recommended), the only tangible strategy to reduce the amount of HELP payable is to consider making a voluntary repayment of your HELP debt. Doing so will attract a 5% discount from the government and thus save you a small amount.

To gain the maximum benefit of this discount, note that your voluntary payment should be paid prior to 1st July 2017, and should be paid out in full. If not paid in full, the government, will levy a compulsory payment of your HELP debt for your 2016-2017 return and future returns until the balance has been repaid.

Why are the government doing this?
In relation to this measure the government has stated that they spend money on training and educating citizens, and thus want a fair system where every user pays an equal amount for their education, regardless of where they choose to implement their learning. The government reports that it will save more than AU$150 million over the coming decade by ensuring that offshore residents pay their student debts.

To learn more, visit the ATO website by clicking here