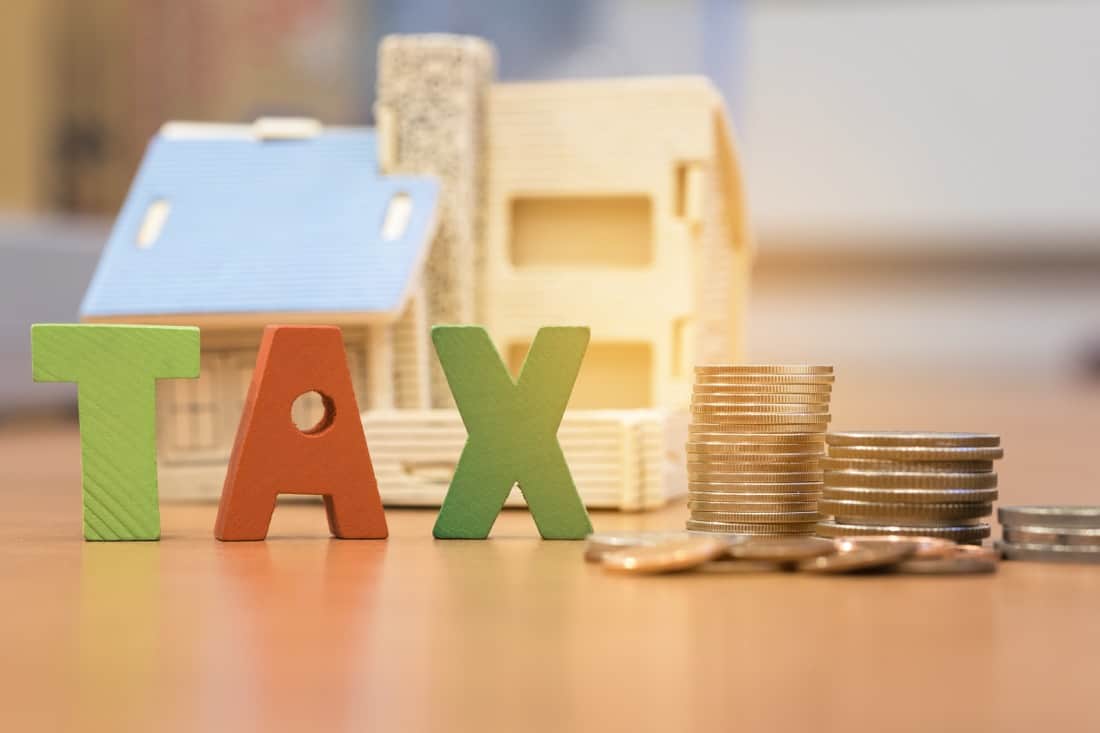 Aussie expats need to keep a keen eye on State and Territory revenue concerns. An Australian income tax return is not the end of revenue reporting obligations if you’re an Australian expat with an interest in real estate back at home or if you’re thinking about reentering the Australian real estate market. Land tax and transfer duty concerns require expert input.

In this post we walk expat Australians through the basics of State land taxes, give a state-by-state analysis of the various tax regimes with special emphasis on implications for expat real estate owners and discuss some specifics about land transfer duties for expats and their foreign national partners.

How does land tax work – the basics

With very few exceptions land titles in each State in Australia are on a central register for that state. The so – called Torrens title system makes it easy to verify land ownership and any encumbrances on the title such as a mortgage.

The rare exceptions relate to titles created early in the 19th century before the introduction of the central register and even these titles are being converted over to the Torrens system.

The bottom line is if you own land in Australia you should assume it is under Torrens title and your ownership is on an easily accessible public register.

“Land” is a rather archaic term. Land tax is payable on real estate so it doesn’t matter if the “land” is a home unit. Importantly for the expat Australian land means any real estate including the expat’s family home.

The second thing to know is that State Governments raise revenue by taxing residential landowners on the value of their total residential land ownership within that State. Commercial and farming land is not subject to land tax in most jurisdictions.

All States and the ACT have land tax laws as follows (see the Austlii website for up to date versions):

The Northern Territory is the only territory without any land tax.

In general these Acts provide that a person’s principal place of residence is exempt from land tax. But expat Australians in particular should bear in mind that this is an exemption from the general rule and an exemption regularly tightened as State governments search for revenue and ways to pursue policy objectives. More of that tightening is discussed further in this post.

Appeals against valuations are possible and the way to do this varies from State to State.

Because land tax is raised by State Governments the rules are different in every State. Expat Australians cannot assume that what applies to a fellow Aussie also applies to their situation. It is a matter for expert advice from a professional familiar with expat issues.

Land value only is calculated and not the value of any buildings or other improvements. Such a valuation is called the “unimproved capital value” (the “UCV”) in New South Wales.

In Victoria the benchmark is usually the capital improved value (“CIV”). Valuations are a local government responsibility. The CIV appears on a rate notice and is used by the council to assess rates as well.

In the ACT an average unimproved value (“AUV”) is calculated over three years and used as the benchmark.

How does the State know about my real estate holdings?

The onus is on individual landowners to report their position but audits are easily done. For a start State governments can easily determine how much land a person owns by a quick search of the central register. Indeed as the register is a public record anyone can do an on-line search against a person’s name.

(Creditors and ex-spouses often do!)

Reporting to the State is usually done on the acquisition of land. In Victoria for example on acquiring land it is necessary to lodge a notice of acquisition and state whether or not the land is a principal place of residence.

You might be an expat, but the State Government knows about you.

There are extraordinary penalties for not reporting a liability for land tax. Take care if you’re an expat. It’s more and more the case that reporting is the default position for expats who own Australian real estate.

For example in Victoria the Taxation Administration Act provides a 25% penalty for a straight out mistake and 75% for an intentional disregard. Trying to conceal a liability after an investigation starts will earn another 20% penalty.

In New South Wales the Taxation Administration Act imposes both an interest charge that floats with market interest plus 8% and penalty tax in addition. The current interest rate for unpaid tax is 9.72%. Penalty taxes of up to another 90% can be charged if the taxpayer hinders an investigation.

The Commissioner has a generous discretion to remit tax when honest mistakes are made and the taxpayer voluntarily discloses.

These are but two examples. Expats should assume their home State has massive penalties for non – reporting and evasion.

Recovery of land tax from an expat is straightforward. Land tax operates as a charge against title. All States have legislation similar to the Victorian Land Tax Act that make land tax a charge on land. Before a property can be transferred the purchaser will insist on a clear land tax certificate that is only available from the relevant revenue office.

This can create a nasty surprise if land tax obligations have been neglected because of absence as an expat.

If I own real estate other than my home does land tax always apply?

Most States have a threshold before land tax is payable. The threshold varies from State to State but as discussed below, beware if you have property in the ACT.

Once the threshold is crossed the tax is usually progressive i.e. it increases as the value of the land increases.

The current thresholds in other States as at the date of writing, are (as advised on the website of each particular State’s revenue office):

Note: this on each State’s particular land valuation methodology – e.g. in Victoria improved capital value is used. Therefore land tax cuts in much earlier than in New South Wales.

The States have (different) progressive tax scales as well.

The ACT does not have a threshold. This has particular relevance for Government and Defence expats whose home base is Canberra.

If a property is rented land tax applies. The ACT Revenue website advises a flat fee of $1,145 that increases progressively with the value of the land.

The other sting in the ACT is that land tax is calculated each quarter. In other States the tax is only raised on land held at a particular date.

So for example in Victoria it depends on land held as at 31 December according to the State Revenue Office website. Thus if land is disposed of before 31 December, even if it was held for all of the preceding tax year, no tax is assessed against the disposed of land. In contrast in the ACT it would be payable for every quarter in which the land was held.

All jurisdictions have helpful websites that allow calculations to be made on line.

There are particular traps for expats with land tax (and other duties on land transfer).

Different rules apply for absence overseas in different states. Here’s a summary (taken from the websites of each State’s revenue office):

Queensland: If you go overseas land tax is payable on any land over the value of $350,000. You must report your absence. You can get an exemption for 5 years if you are a government employee OR you have worked for your employer for at least one year and that employer directs you to overseas employment.

New South Wales: You may be absent for 6 years (4 if you demolish your house)

Victoria: Australian citizens, permanent residents and New Zealand citizen with a Special Category Visa (subclass 444) holders may be absent for up to 6 years. But if you or your spouse is not in those categories any real estate owned in Victoria, whether a principal place of residence or not is deemed owned by “absentee individual” when they are overseas and attracts land tax.

Tasmania: The revenue office website does not contain information about absence overseas. According to the Tasmanian Land Tax Act “principal residence” means “a dwelling used as the main place of residence.”

South Australia: The Revenue Office website does not contain information about absence overseas. Its definition of an owner’s principal residence is “the owner(s) usual abode; (i.e. where they eat and sleep).”

Even if you have citizenship or residency qualifications, expats renting out the family home while overseas are in trickier territory particularly if the house is in certain inner Melbourne local government areas.

If any Victorian property is rented out for six months in a year that change must be reported and the property may lose its principal place of residence exemption from land tax.

And once rented out for six months, from 2018 another additional land tax (of 1 % of improved capital value) is payable if the property is within inner Melbourne municipalities and left vacant. The land tax penalty is to encourage available rental property stock in inner Melbourne.

The relevant local government areas are (as advised on the Victorian State Revenue website):

Aussie expats with a spouse who is a foreign national should consider the implications of a real estate purchase by them.

The New South Wales Revenue web site advises a 4% surcharge applied from 2016 and this was raised to 8% in July 2017.

The RevenueSA website advises a 7% surcharge comes into effect in South Australia in 2018 for foreign purchasers of residential land.

In Western Australia the Treasurer’s media release of 7 September 2017 announced that from 1 January 2019 a 4% surcharge will apply to foreign purchasers.

Tasmania, the ACT and the Northern Territory do not have a surcharge.

It’s an ill wind that blows nobody any good. Land tax should be included in your Australian tax return because it reduces income tax liability. According to the Australian Tax Office land tax expenses are an allowable deduction for income tax purposes.

Expat Australians whether acquiring, renting out or leaving any residential real estate even if it is the family home for an extended period or when re entering the Australian real estate market should pay attention. Not only are there the usual commercial considerations and income tax implications but State revenue considerations are critical. Overlooking these can cost expat Australians significant amounts and land an unprepared expat in hot water if reporting obligations are overlooked.

Before making any decisions about your home we recommend you take our specialist advice on the whole revenue package and not just the income tax part of the picture.