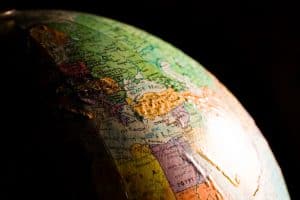 If you were living as an expat in a foreign country and have just relocated back to Australia, when you file your next Australian tax return you will need to report your overseas income.

All your foreign employment wages need to be reported on this form, including both your exempt income and assessable income. Even if you had to pay tax on the income you were earning in a foreign place, you still must report this money to the Australian Tax Office (ATO).

What makes up overseas income?

Foreign income can include any money you might have made including from earning a salary, commissions on sales, work bonuses and even company allowances. While living overseas, this money might have been paid by an overseas employer or even an Australian employer – it doesn’t matter, it still needs to be reported to the ATO.

Overseas income that might be exempt from Australian taxes

If you are part of the Australian defence force or were working as an aid worker in a foreign country, you might be exempt from paying tax on your foreign employment income. However, you still need to report this money to the ATO when you file your tax return.

Tax that could be withheld

If you are being paid by an Australian employer, they need to withhold any tax from you that isn’t exempt, if they continue to process a salary for you while you aren’t in Australia.

Often, if you are being paid by a foreign employer, they probably won’t be registered for Australian PAYG withholding, which means you will need to report your earnings in your tax return and potentially pay some tax at the end of the financial year.

The process of foreign tax reporting

When you are reporting your net employment income earned overseas, you need to add back in the foreign tax you might have paid in the foreign country. This figure will then be used to determine the assessable amount of your complete earnings of overseas income.

However, don’t worry about having to pay too much tax because in many cases you might be eligible to claim a foreign income tax offset because you would’ve already paid foreign tax in another country.

If you think you might need help with reporting your foreign income to the ATO, don’t hesitate to contact us for some more information.